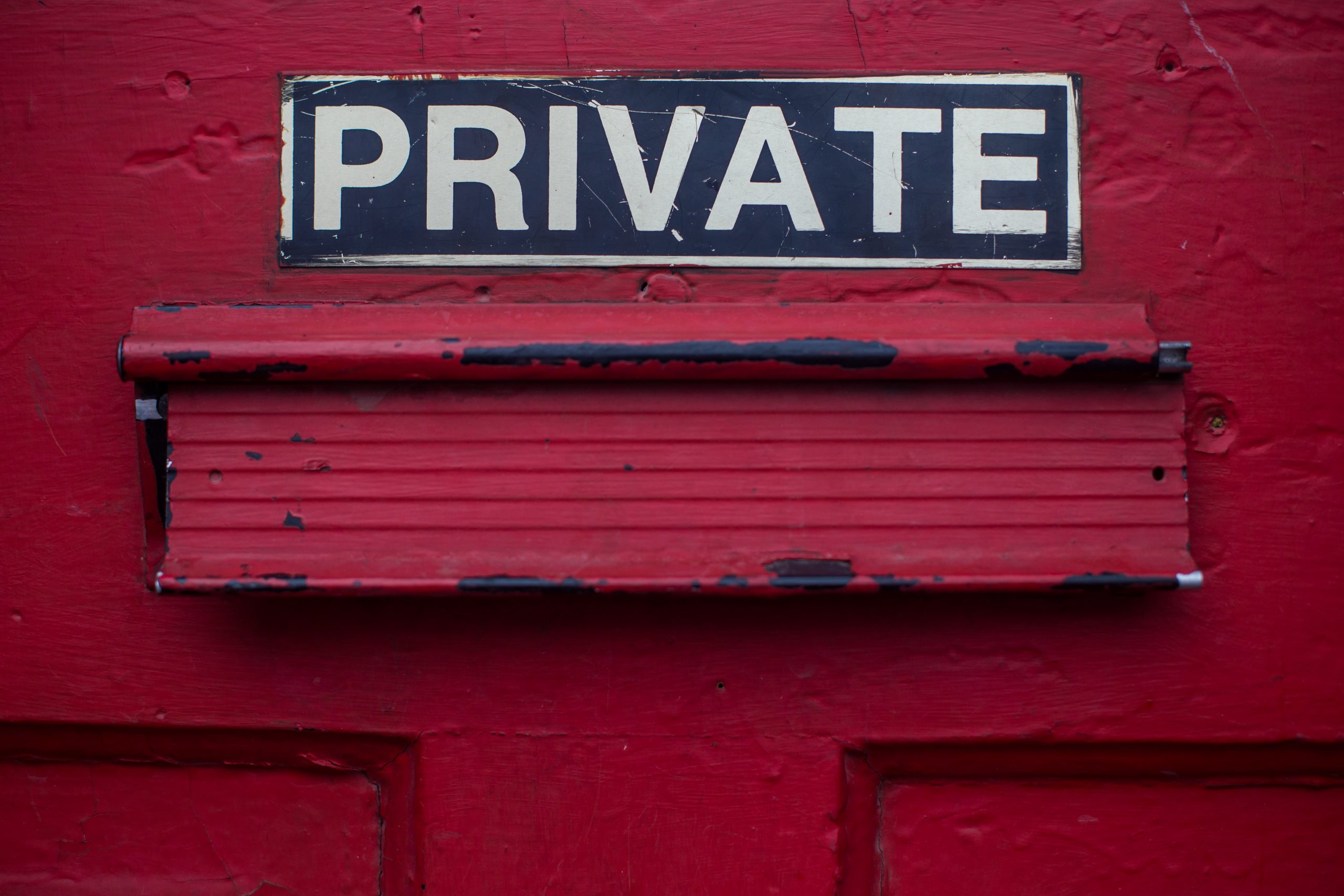 Logging on to the internet is a phrase that has surprisingly little relevance today. We no longer “log on”, we’re simply always on and always connected. Push notifications, automated updates, and background downloads ensure we are rarely truly offline. Crucially, being online today and using web-based services and tools gives away implicit consent to data monitoring, tracking, and spyware.

These tools are embedded in everything from the websites we visit to the hardware we carry around day to day. Many would argue practical life; paying for goods, emailing colleagues, and being available for contact relies on being open to the kind of intrusion which makes up the basis of our modern tech.

Younger generations are more apathetic about their data being collected, even in the face of the extraordinary evidence surrounding recent scandals. A large part of the deal is many of the systems and services deemed pseudo-crucial today come at the cost of surrendering at least some of your privacy. Young, technically literate people are universally aware their habits, friends, and lives are being tracked by these services but the views of many are if the rewards are so great, what’s the harm?

The Sum Of Your Thoughts Is A Valuable Product

The most immediate issue with surrendering your data to advertisers is simple cynical marketing. A firm which knows the intimate details of your life, preferences, and needs is far more likely to be able to make a sale than one which only markets the products they have.

Traditional marketing puts a products best foot forward, listing its highlights and advantages while shying away from its downsides. Before recent tech, touch screens, and astonishing batteries: the 90’s and 00’s were crammed with giant clunky gadgets which were lit and angled to look like sci-fi offerings in glossy magazines.

Advertising tech devices was built on creating almost entire new products which were only semi-related to the ones available for sale.

Ads targetted with a laser-like focus changes the game entirely. A modern advertisement only has to put its best foot forward specifically to you. Even without outright dishonesty, an advertisement can enhance only the assets you value most and shy away from features you would typically avoid.

The difference is intensely subtle. The public face of the product is just as carefully crafted and created, but now it’s targetting the preferences and needs of exactly one person, you. The degree of dishonesty which is available to advertisers and marketeers is astronomically greater than in previous decades.

The concept is no longer limited to just products either. Marketing and data analysis firms are remarkably open about using the same techniques to target voters to clinch elections. Critical battlegrounds are won and lost today using highly targeted campaigns. Tailored messages, slogans, and facts are now the most valuable weapons campaign strategists have available at their disposal.

Election campaigns have always played on exactly the same field as a product or service. Today, parties are free to represent a face which is custom-built from policies, proposals, and even facts you are likely to stand behind. Ideas which would ordinarily turn you away with can be hidden from view.

The very message excluded from the materials you receive may be the only thing used to target another demographic, perhaps a few miles down the road or even the house next door. A candidate, party, or idea can truly represent all things to all people in a way previously impossible.either

The effect of exchanging your data for a couple hours of social media isn’t limited to selective marketing. Data services are being sought out more and more for credit checks and background reports for everything from car insurance to rental agreements. Your online history and habits is increasingly likely to impact everything from your monthly premiums to your next job offer.

Consumer data is today used by police authorities to make decisions on where to prosecute offenders and where to offer rehabilitation programs instead. Recent Freedom Of Information requests have shown evidence of Durham police force using captured data to make critical decisions on the status of offenders.

Durham police force are one local authority which has gone as far as to develop their own AI tool dubbed the Harm Assessment Tool (HART). HART is designed to use purchased consumer data together with personal and demographic information to advise on prosecution decisions.

The tool makes use of 34 data points, including offender’s history, age, gender, and postcode, to calculate a score which represents the risk of the subject reoffending further in the future. Durham is just one of many forces around the country to use similar techniques.

The bias and prejudice introduced along with this AI ‘advancement’ is obvious and clear. Automated system which group individuals using vague and questionable data points is a plan packed with pitfalls and flaws.

The potential for creating a feedback loop is just one of the most pressing dangers inherent the system. By design, the system is built to focus police time and attention in neighbourhoods that have been targetted as problematic. This targeting puts more police on the ground and more enforcement resources into the area, inevitably creating more police activity and arrests. The increase in arrests and ‘success’ statics can provide proof -if any were valued- the algorithm works and more police time and attention should be focused on the targetted area.

In the face of constant data collection the counter argument of ‘I’ve nothing to hide and so have nothing to fear’ is often used, either in ignorance or surrender. The latter I can understand, but giving in to the former and giving up every sense of privacy isn’t something we should lightly entertain.

Even assuming those collecting and purchasing your data are entirely immune from mistakes, the idea of being protected by your own sense of having done little to nothing wrong is idealistic at best.

The truth is there may well be individuals out there that are legitimately too dull and bland to have anything incriminating at all. While I hope it’s not true, it’s entirely possible there may be people so dreadfully boring they have never seen a torrent, streamed a TV show, peeped over the speed limit, or written anything critical in their life. Even these desperate and rare individuals can only ensure they are protected against the laws of today.

One of the defining features of government is its guaranteed change over time. With it, policy and ideology go through a more gradual change too. Laws are modified, repealed, and replaced as leaders and politicians come and go. If modern politics has shown us anything at all it is that attitudes and laws aren’t guaranteed to get linearly more progressive over time.

While these individuals may willingly hand over every tracked idea, action, and thought to be approved at will; what is completely legal and accepted today isn’t guaranteed to remain the same tomorrow. A government is more than within its rights to decide your previous or current activity is now an illegal act.

Even without breaking the law, just the threat of releasing information or being put under targetted investigation can be enough to destroy a business, social, or personal life. The uber elite wealthy of today are owners of big data for good reason. Data is now the most powerful and most valuable commodity on the planet.

The reality of having ‘nothing to hide’ is as idiotic as transparent ‘security’ backpacks designed to prevent hiding weapons and items in crowded locations. If extended to its logical conclusion then government agents, CEOs, and politicians should be expected to maintain the same transparent and open attitude to everything they do too.

The reason they don’t is there are perfectly legitimate reasons for every individual to maintain at least some level of confidentiality and privacy. Private is in no way synonymous with illicit.

Everyone has plenty of data that doesn’t belong in the public domain. Whether negotiating a trivial contract, or maintaining intellectual property.

The way in which we respect personal privacy in the world today is a very modern construct. Where once entire extended families shared a closely confined space and entire neighbourhoods shared a tenement block; today we live in an entirely different way. Only in more recent decades people have gained the money, resources, and space to have the levels of privacy we do today.

Only the most recent decade represents some of the worst of both worlds. We maintain an illusion of privacy and private communications which are completely transparent to governments and private corporations. Piled up in data centres around the globe, the data which represents every facet of our lives is there to be read. The average user is roughly the cost of a cheap Kindle book and available for anyone to purchase.

We’ve already sold our stories in exchange for photos and memes. A huge amount of work remains to be done to fix the problems we’ve all signed up for. Sadly, so far, the tools to balance privacy, freedom, access, and control quite simply aren’t available yet.