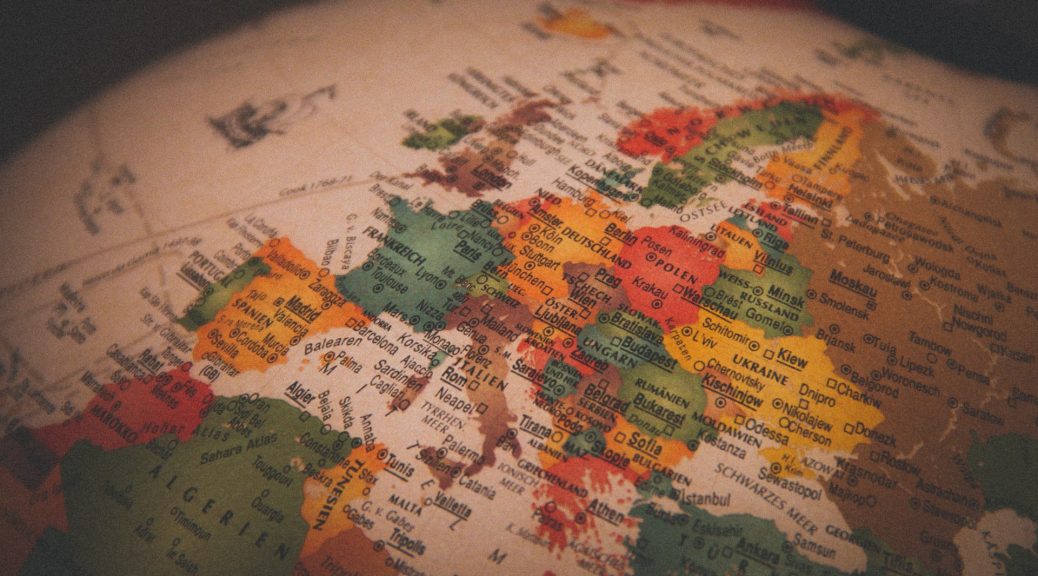 Luckily, we live in entirely uninteresting times. World events and both international and local crises have slowed to a crawl while internal spats, crippling corruption, and blundering incompetence play themselves out within the UK government. At least, that’s the impression you’d get from the front pages and priority bulletins of UK media.

This week alone, the Public Order Bill passed the House of Commons almost entirely unseen by the general public as the Home Secretary and then Prime Minister stood down.

Granting police broad powers to tag and restrict protesters regardless of criminal act or intent, the bill passed relatively unchallenged through parliament despite introducing some of the most draconian measures we’ve seen in years. In contrast, the little political action that has been reported from parliament has focused on the dramatic shouting matches, fights, and disgrace that broke out around the controversial fracking bill.

Since Johnson’s resignation, and the significant build-up, speculation, and gossip leading to it, there has been little else dominating the news in the UK. Writers for the UK’s consistently popular prime-time soap operas must be at their wits end in keeping up with the over-the-top storylines and over-dramatic acting in the now nightly episode of Downing Street.

If you’re unfortunate enough to be governed by this lot of opportunists then you could be forgiven for being almost relieved by the bizarre incompetence on display. Surely, with even a light smattering of political ability the nightmare vision boasted of by Patel, Braverman, and Rees-Mogg et al. could become a reality. Yet, without any real change in government or party intent in the last decade we’ve seen piecemeal damage done by successive leaders and ministers year after year — regardless of how many hands each bill and change in legislation passes through along the way.

In all that time it has invariably been the same group of staff, the same ministers, and the same leaders dictating policy. The very same people that obliterated the pound, cranked up rates, and thrashed the economy will be the same ones leading the country regardless of who takes the Prime Minister’s seat in another week or so.

Nothing demonstrates this more than the very real chance that it could be the very same Prime Minister bringing them together.

Boris Johnson’s leadership campaign began ramping up from a far-flung island in the Caribbean almost as soon as Truss’ resignation podium could be packed away. By the end of last week emails, calls, and messages were flying back and forth to convince MPs he’s a reformed, hard-working, and dedicated pair of hands as he flew back from a mid-term holiday.

Despite having lived through several strange governments and truly unfathomable politics in very recent memory — the idea of Johnson returning to office after having left so recently in disgrace seems laughable. Yet, 56 MPs publicly put their name to backing his bid. The group, headed by Jacob Rees-Mogg, claims many more private supporters in the background. The campaign has claimed more than enough votes to meet the 100-member bar set last week to limit the chances of another disastrous member-led election.

If Johnson can clear that bar, and does so on Monday, all bets are off on what happens next. It is party members that elected Truss in the first place after all — despite a clear and complete picture of her plans for the economy and definitive notice on what would happen ahead of time.

The membership system for electing party leaders, and successive Prime Ministers in recent years, is dangerous and unpredictable at the best of times. For the price of admission (currently £25), each membership gets one equal vote towards deciding the next Prime Minister. Transparency, accountability, and regulation are entirely non-existent or, seemingly, desirable for either the government or opposition parties. Who these members are, where they come from, and their very existence are open questions that won’t be answered any time soon.

Due to the pressing need to get on with having some form of leadership for at least some of 2022, this week’s contest is set to be held online for the first time. A condensed and rushed version of the same process has been put together for internet consumption.

If the need to create a hurried and unproven system to serve the rapid turnaround created by the previous system doesn’t ring alarm bells then, truly, nothing will.

The same government that only recently banned online balloting for trade unions is now depending on them to sticky-tape itself together for another year. Admittedly, in fair weather and on an average year many of these issues would be merely amusing if also frustrating and depressing. The last two years have been decidedly un-average, however, and the weather is very far from fair.

Worldwide events have put us in dire need of a government that is at least passingly competent and safe even if not particularly active, decisive, or imaginative. The war in Ukraine, the energy crisis, and the availability of winter fuel are three linked crises that escalate and deepen day by day. Some degree of ability, or at least coherence, would be a reassuring trait.

Similarly, recent years have seen a swift rise in far-right ideologies worldwide. The USA is the most notable of these but Brazil is similarly in the midst of a tensely fought, highly contested, and increasingly violent election. In just this past week both Italy and Sweden formed far-right coalition governments to join an increasingly global shift. There has rarely been a time when strong relationships and a worldwide image that didn’t portray the country as an international laughing stock were more important.

Locally, most households are being forced to keep a close eye on how they plan to heat homes and fill cupboards for the next 6 months. Warm banks are being widely rolled out throughout the country to supplement the many existing food banks with a heated space to tolerate the worst of energy costs throughout this winter. If you’d predicted such a thing in the run-up to the last general election you’d have been labelled a wild conspiracy nut selling “project fear”.

Whether there is enough accessible fuel to run the country for the next 6 months is entirely unknown today. Gas storage infrastructure has been decimated over the last decade and the provision of renewable energy or alternative storage plans to replace it has been left wanting. Energy rationing and temporary industrial closures have been touted as a very real possibility by experts and completely ruled out by Liz Truss. It’s probably sensible to be concerned they may well happen.

Any single point in time over the last year would have been an ideal opportunity to focus and act on any of these issues. Instead, the UK government spent the vast majority of its time spinning doughnuts in policy u-turns and floundering between successive leaders and ministers in a never-ending cycle of scandal, resignation, and climb-downs. As a result, the next 6 months will largely be spent hoping that literal fair weather and a warm climate will alleviate the worst of a political disaster. Can anyone realistically imagine the current catastrophe being played out before next winter begins at least?

Yet, this historic level of failure and incompetence will be one of the few saving graces the party will have over the next 6 months. With Rishi Sunak taking the PM role, the markets, media, and the world will breathe a relieved sigh of ‘thank god it’s not Boris’.

We’ll almost certainly be told that there is now a grown-up in charge of the ship again. Never mind that Sunak was a key member of Johnson’s previous cabinet, that Sunak’s next cabinet can only be made up of Ministers that backed Boris, Truss, and every blundering misstep that was made along the way. We’ll be asked to conveniently forget and ignore that every face we see between now and the next general election is one that’s been in government for over the last decade.

A new leader does not make a new party — particularly when it’s an old one taking a new seat. Rishi Sunak has been instrumental in the modern conservative party and a key player in a government that has transformed the UK from being a stable, dull, and unimaginative country to a self-loathing series of tinpot dictators without a sense of direction or control.

The current catastrophe isn’t something that could even be fixed by a general election. The idea that it could be patched up with a leadership contest is more than laughable.

Even in the best-case scenario where a forced general election decimates Conservative party power for the next 10 years, the change we can expect by transitioning power to the opposition is extremely limited. Even by the Labour party’s own admission, there are very few plans for major improvements, vast overhauls, or lasting changes.

With little planning to mitigate the billions of pounds of economic damage caused by Brexit, scant options for alleviating the worst of the energy crisis, and little practical help for millions of people struggling with both this winter it’s hard to tell how much positive impact a general election can have beyond mere damage control.

If we’re to stand any hope of navigating future crises better than we’ve navigated the last two years then there has to be fundamental changea to the country’s politics. In practice, this could mean many things. The best course of action may well be to split into four individual nations. The very least we need to do is to overhaul the relationship between money and political power in the UK, change the way we elect candidates to office, and create a government that truly is transparent and accountable

Everything else is just a game of musical chairs.