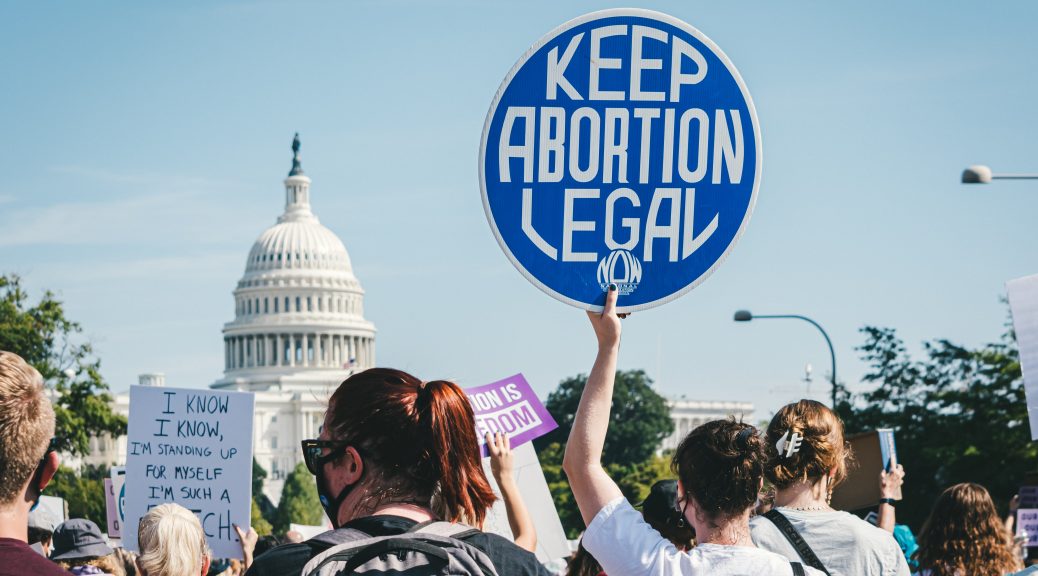 The rollback of Roe V Wade, the landmark case that legalised rights to abortion throughout the United States, has brought access to healthcare and reproductive rights to the forefront of thinking throughout the world. Ideology and rhetoric winning out over personal freedom is a trend that’s spreading thousands of miles at the speed of light, not just because of our synchronised news and shared media—but through careful planning, organisation, and dedicated funding too.

In Scotland, there’s a rapidly growing need for discussion of buffer zones around healthcare clinics and medical facilities providing access to abortion services. This is due to a marked increase in anti-abortion protestors in recent years and vocal anti-abortion campaigns swelling in size and volume on the back of the recent US supreme court decision.

A campaign that looks to be, on the surface at least, a grassroots movement from dedicated religious zealots is, in fact, a little more complex underneath. Much of the opposition to abortion, protests, and political activism that fuels the “debate” within our borders are well-organised, well funded, and well connected movement originating from the US Christian right.

Since 2008, almost $90 million has been spent across Europe) by far-right Christian groups from the US with nearly £200 million more spent across South America, Africa, and China. The biggest contributor amongst these groups is The Billy Graham Evangelistic Association who have single-handedly funnelled more than $23 million into Europe to support evangelism, lobbying, aid work, and other activities throughout the continent.

To what end are these vast amounts of money being spent? During that time Scotland has seen anti-abortion protests increase while Poland has seen a crack-down on both LGBTQ+ protections and restrictions of its own on abortion procedures.

For tens of millions of pounds, alongside months and years of lobbying, these groups are successfully spending on increased government presence and restricting freedoms throughout Europe. With the US supreme court decision announced last week, we can expect more to come in the weeks and months that follow.

Already, we’ve had SNP MSP John Mason write his own congratulations on the decision and talk about a need to increase restrictions for his own constituents.

Even without concerted organisation and funding from religious extremists, the UK has a habit of importing discourse and politics from the US. The country’s endless gun control debates almost invariably ignite similar discussions and arguments here while talk of climate, energy, and political talking points often do the same.

Yet, even with support from MSPs and ministers currently sitting in parliament, there’s a tendency to think that the same kind of instantaneous revisions to our laws and rights couldn’t happen here. Scotland certainly doesn’t suffer from the same kind of rabid evangelism or religious fervour America’s bible belt seems to relish. Ours is a more quiet and reserved kind of fundamentalism.

In John Mason’s public response the politician wrote that “even if” abortion was to continue to be allowed in Scotland, the country would “certainly need to reconsider the 24-week limit”. Yet, today, there is no single health board in the country that provides locals services even close to this term limit.

We’re not starting from a position of readily available services and easy access to care.

Right now there is a wide disparity in services and availability between one council area and the next. Fife, for example, limits its own local services to just 16 weeks with terms beyond this limit being outsourced to England.

In Northern Ireland, where abortion was decriminalised three years ago, a political stalemate has continued since with health minister Robins Swann refusing to commission appropriate services for patients. In both cases, the government is failing people in a way that is quieter, more nuanced, and more covert than the abrupt change from the US supreme court. Yet, the same kind of feet-shuffling and obstruction we’re seeing in Northern Ireland is lifted directly from the playbook of Christian groups working in the US in the last forty years.

It turns out that we’re not as distant or as isolated from the bizarre world of US politics as we thought, and much much closer than we’d like. There is a very real and current threat to the kind of freedom from oppressive ideology that we’ve long taken for granted—and it doesn’t stop at healthcare.

Christian groups are actively pouring similar amounts of money into movements taking aim at LGBTQ+ rights, assisted dying, and other hot button issues. Every debate and discussion on any of these topics is done so with vast amounts of time, cash, and resource weighing one side of the scale.

These groups, undertaking a campaign of political lobbying and astroturfing — funnelling money into a grassroots-looking organisation — are spending tens of millions to roll back the clock on people’s rights. With success in the United States, we should expect to see many of the same faux-clinics, misinformation campaigns, and protests continue to rise throughout the country in the coming weeks, months, and years.

Despite the mega-churches, outrageous pastors, and ridiculous personas of uniquely American fundamentalism — the ideology behind the tan, glitter, and glass isn’t as far away from us as we’d like to imagine. Cabinet secretary Kate Forbs has spoken candidly and openly in officeabout her pro-life stance, mirroring the views of right wing Christian activists.

The distance of these rulings or a perceived difference in culture can’t be an excuse for complacency or laziness as the same ideas build here. Attempts to roll back the clock to a less secular time are currently ongoing. If we want to maintain the same rights we have today against an organised, funded, and fundamentalist opposition then we need at least two out of these three qualities for ourselves.