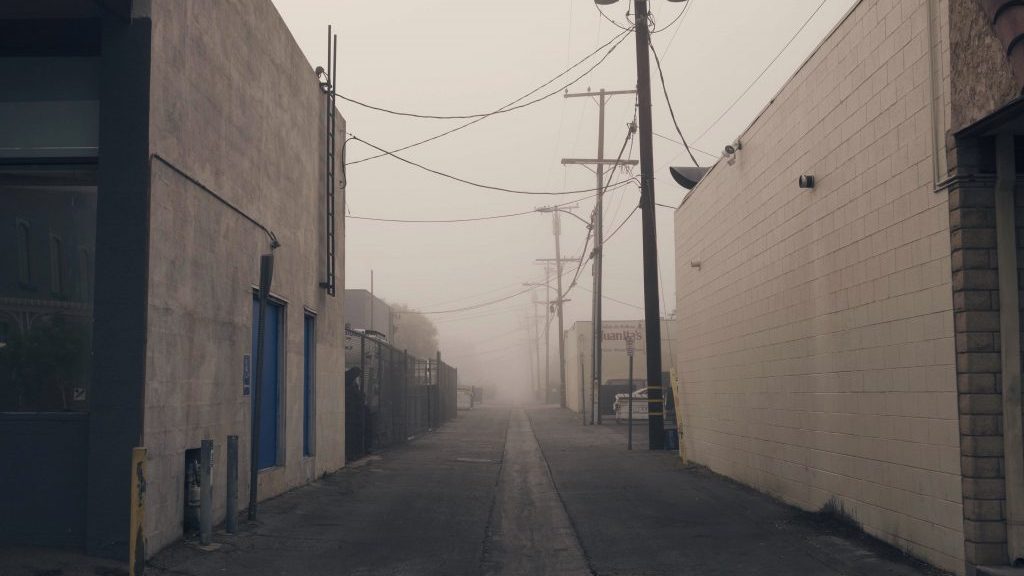 While much of the world self-isolates from viral contamination, we seem to remain willingly compliant and almost eager to spread an entirely different kind of virus globally. As the first major pandemic to strike in the social media age, it’s hard to argue the technology has had a profoundly positive effect on an acute and growing crisis.

A quick browse of the usual feeds and sources churns up a truly staggering amount of misinformation, outright lies, and apathy to responsible action. A good number of accounts have been outwardly befuddled by strong reaction to ‘another strain of flu’. Amateur epidemiology aside, many of the same vocal meme enthusiasts have been angered by knee-jerk over-reaction and ‘media fear-mongering’.

A different phrase from what it once was, ‘fear-mongering’ now refers to reporting news you don’t like or fact which you don’t prefer over ones you already know.

The good news around the COIVD-19 outbreak is that it’s now physically impossible to over-react. The goals of containment, social-distancing, and isolation are now being aimed at damage limitation, saving lives and easing the burden on straining healthcare provisions.

Any reaction now is one that will serve to curtail the worst-case scenarios weeks from today. No longer an over-reaction, mitigation strategies will focus on slowing an ever-increasing list of fatalities.

The most recent previous outbreak of coronavirus 2003, SARS, was characterised by knee-jerk over-reaction and panic. Ports were closed, movement was restricted, and travel limitations were forced on the population as just a handful of cases broke out in southern China.

Draconian reactionary measures to such a small number of cases resulted in containment of the virus. Around 8000 confirmed cases were seen in the wild, with a little under 800 deaths reported from the entire outbreak.

Perhaps the greatest luxury of SARS in 2003 will be its permanent classification as a knee jerk over-reaction to a small outbreak of viral contamination. In the first months of 2020, it’s a luxury COVID-19 has already outgrown.

Without central management, response to the virus’ spread has been varied, region-specific, and almost entirely unguided. Local sports games, events, and zoos have closed shop while huge concerts have gone ahead unaffected.

The spread of COVID-19 has been rapid, but has continued far from unchecked. With some delay, China closed down some of its busiest provinces to halt contamination in its tracks. The results though late and costly, yielded positive results in the weeks that followed.

While delays in implementation resulted in thousands more cases than might have been avoided, the shutdown curtailed the pandemic through the country and enabled China to bring an ever-climbing death toll and struggling healthcare system under control. Had they failed to act at all—it’s likely the rest of the world would already be in the advance stages of outbreak worldwide.

Unchecked, without any controls or measures, COVID-19’s high rate of spread means that it’s capable of reaching a near-global population in well under 6 months. Even with highly conservative mortality rates of 3%, the deaths from the virus alone would exceed 200 million people.

Recent studies have shown that a realistic mortality rate for the virus, as it spreads through the population worldwide, could be exceeding 5%.

European countries have been gradually falling into various stages of lock-down over time. Responses throughout the continent have ranged from swift reaction and drastic mitigation to tempered advice and suggestion without action. The UK government have planted their flag firmly in the latter of the two camps.

The government’s response to the pandemic outwardly open to change and discussion with officials, scientists, and ministers reviewing strategy. Earlier in the week it was announced that their intended course of action would result in an estimated quarter of a million deaths in the UK alone. Plans have since been changed, though little meaningful action is being taken in the immediate hours that followed.

Perhaps most remarkable about Coronavirus in 2020 is that it’s happening in a brand new age of technology. The last comparable global pandemic, the 1918 Spanish flu, may as well have happened on another planet to the one we inhabit now. Transport, resources, crops, medicine, and of course information all exist in an entirely different way than they did over 100 years ago.

Social media feeds have been, amongst other things, an insight into the mentality of the general public during global pandemic. It’s a window into minds which, admittedly, hasn’t been particularly encouraging or reassuring.

The largest industry to come out of the crisis seems to have been invented cures and made up remedies. Sadly not even in the homeopathic ‘make things up and sell them for profit’ sense. Even more desperately, these cures and tips have seemingly been invented for little else than filling the feeds of increasingly irate Facebook users.

Everything from gargling salt water, saline nasal rinses, and hot baths have been touted as preventions and cures. The World Health Organisation and Center of Disease Control both have extensive pages debunking some of the most strange health myths you’ve ever heard of.

Diagnostic expertise has taken as much of a battering as treatment has too. Regular posts are shared violently to reassure readers that coughs that are too dry or not dry enough, symptoms that are too nasal, too severe, or not severe enough have no chance of being a strain of COVID-19.

One, somehow often repeated, diagnostic test for coronavirus involves holding your breath for 10 seconds to determine whether or not you carry the virus. Hilarious to watch and enough to induce a slap of the forehead, these are just acute symptoms of something we have been fighting with and suffering from for years.

They’re far from the only prevalent symptoms either. Even today, several weeks post-outbreak, there’s a glut of ‘just a flu’, ‘I can recover easily’, and ‘get it and get it over with’ being spread online.

Few appear to grasp some of the most basic points of the outbreak. The majority of these commenters, I like to hope, are not the individuals any of these measures are designed to protect. For healthy, young people the odds of survival are indeed reasonably good.

Around 1 in every 500 infected people under the age of 50 will die as a result of infection with COVID-19. Roughly twice as many as would succumb from flu, though better odds than worse diseases. These odds scale drastically to 1/5 for those over 80 and those with pre-existing medical conditions. The reason COVID-19 is so deadly is that it’s devastatingly easy and quick to spread throughout the population.

Unchecked, an individual infected with the virus will infect one person every 2 days. Doubling the number of infected again and again until it’s spread to an entire county, country, or planet.

Self-isolation, social distancing, and containment measures are in place to protect those with medical or age-related conditions most of all. COPD; asthma; immune, heart, and lung conditions along with smoking and obesity are all risk factors that add to the issues caused by viral infection. If you think you can get it and get over it, you’re almost certainly right. It’s these, and the otherwise healthy individuals that will die too, are the reason a drastic lockdown is required.

Society is asking you to isolate for the benefit of others, not yourself. It’s a hard ask but one that’s more than achievable.

In Scotland alone, uninhibited we could expect to see upwards of 100,000 deaths if the virus were to spread to the majority of the population.

Delays in response, a carry on as normal attitude, and individual recklessness risks climbing closer and closer to reaching this number. Responsible employers and individual action are both going to play a huge role in limiting the rate of infection and spread throughout the country.

Exact numbers of those infected will be determined by how quickly and how effectively action can be taken from here on out. With rapid action and heavy-handed controls, it may be possible to limit the damage to fatalities in the low thousands.

From a personal point of view, a temporary lockdown to prevent deaths in the 100s is a bargain of a price to pay.