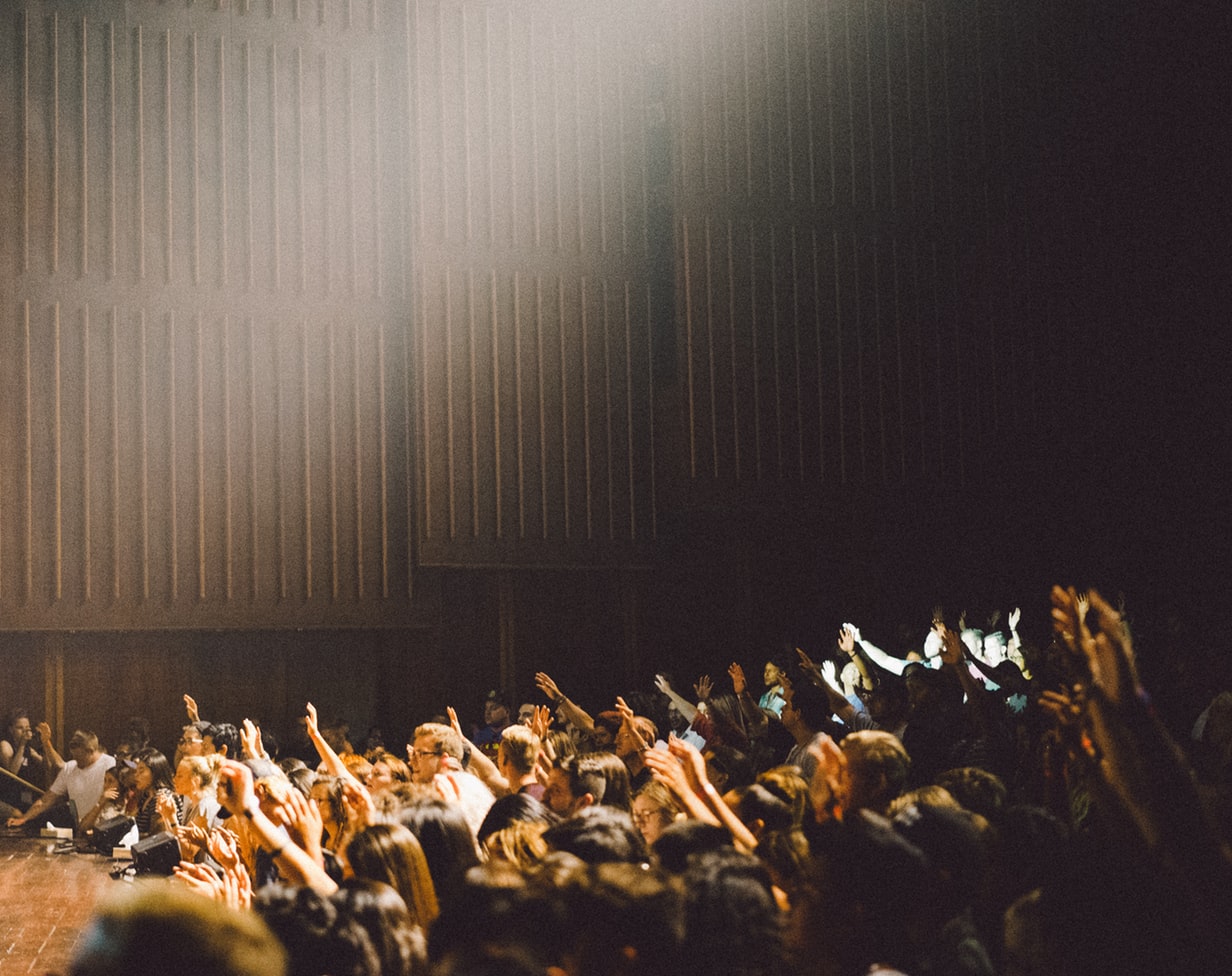 As the country considers the threat of a third general election in four years, it’s interesting to consider how voters might lean the next time they the ballot booth.

Brexit will of course be the single issue which makes and breaks votes in a 2019 ‘surprise’ election. Whether the UK has withdrawn or not, Brexit will define the next parliament. Conservative and Brexit/UKIP parties will sweep up the majority of the leave vote while remain splits primarily through SNP, Lib dem, Green, and Labour. The latter however will hinge on the message delivered by the part between now and the date they go to the polls.

Remarkably, a single issue election may be life support for a labour party that is in dire need of a lifeline. Their next election could also be the one that finally drops them into being completely irrelevant. The recent history of the party has been a lot like watching your house burn in slow motion.

The youth vote of previous years have today aged up into a new bracket known as ‘the working voter’. It is staggering to look back and realise voters today entering their 30’s have been without reason or motivation to vote Labour in their entire voting lives.

Today’s 30 year old, centre-left voter would have seen their first general election in 2010. Their first chance at voting was for a government and party which had led the country to war in Afghanistan and Iraq. By the year of their first general election most would be already observing the catastrophic consequences and shock waves that travelled well beyond the borders of both conflicts.

The Slow Burn Of The Labour Party

The final years of government under Prime Minister Gordon Brown were dominated by the cash for a peerages scandal, a once in a lifetime financial crisis, and a complete free-fall in popularity. Among the final debates and laws passed were braces and fixtures to strengthen copyright law, financial bailouts to the banking institutions participating in the markets downfall, and bills to weaken online privacy and weaken digital freedoms.

The newly minted, left-leaning, young voter would have to perform mental gymnastics to justify an ethical vote for the party. Very few did. The liberal democrats saw an unprecedented surge of support, eventually forming an infamous coalition with the conservative party.

Few would have predicted the resulting government which formed following the election. Almost universally the expectation was that the ever right-leaning Labour party would form a minority government with the liberal democrats. To a certain block of voters the democrats would providing a badly needed influence and make an unelectable group almost palatable.

That the Labour party could not or would not form a coalition government was very likely one symptom of an underlying illness which would only become readily apparent in following years.

The years which immediately followed their election defeat were comparatively positive for Labour. They held a reasonable, if somewhat meek and infective, opposition to the coalition government. While they could have done much, much more to counter the government’s message of bleak austerity and devastating cuts, the party held themselves out as a dependable centre-right option. It was only deeply unfortunate that parliament already held the same option in the Conservatives.

Voters looking for a left-wing opposition for the next general election were struggling for ideas. Few could be won over to invite another Conservative term by voting for the Liberal Democrats.

The Scottish National Party were thoroughly enjoying the opportunity to mop up votes left behind by both Labour and the Lib dems in their recent trials. By the 2015 election the labour party only just managed to re-elect a single MP from its 41 candidates in Scotland.

In a game thoroughly rigged to return two major parties Labour had badly lost ground to a third.

The 2015 general election created the second opportunity where many left-leaning, traditional Labour voters, found it impossible to cast their vote for a candidate that would otherwise won handily. For the first time in history the Labour party were losing seats that were virtually passed down in generations through small communities.

IN 2015 the Conservatives unexpectedly gained ground on their opposition. The party gathered the MP’s necessary to form a majority government for the first time since the newly eligible voters of 2015 were born. Perhaps their only regret was, to do so, the party had made concessions to right-wing groups cornering a margin of their vote. The Brexit referendum was promised and delivered for a handful of parliamentary seats.

Parliament was increasingly dominated by ideas from the right, and perhaps more worryingly, without much strong opposition.

In response to their own defeat, Labour finally put forward a left of centre candidate in Jeremy Corbyn. Hope against an increasingly right shift and opposition to devastating austerity was within sight. The shift divided the party into infighting and bickering in the months that followed.

As Labour appeared to undergo mitosis, splitting into factions which themselves split apart soon after, voter hopes fell apart with it. The search for a strong, credible opposition had to look elsewhere. The, now mid-20s, voter looking for a party to stand behind amid Brexit and an ever-louder cacophony of right-wing rabble would find nothing in the core labour party.

Opposition dissolved from meek and mild to completely absent over time. The average voter struggled to tell even what the position of the labour party was by the mid-point of the Brexit debate.

During the same period, the SNP continued to sweep up support in Westminster. The party along with other minor parties provided a minority opposition sorely needed. It did no damage at all to third parties that Scottish Labour represented a microcosm of bickering, infighting, and ineffectiveness that mirrored the head office.

A vote for Britain to exit the European Union was cast with a majority win in England and Wales. The Prime Minister a leading remain campaigner resigned the office. Theresa May took the seat to begin preparations for the country to leave.

With only a slim majority to get Brexit legislation through parliament, Prime Minister May gambled on a snap election in an attempt to claw even more seats from a self-imploding, feckless Labour party. The gamble failed. The enormous popularity margin the government was holding over the opposition dwindled amidst a disastrous re-election campaign.

The Conservative government lost seats and their majority, forced into buying back MP support from religious fanatical group the DUP. The cost, £1 Billion from the austerity stretched coin purse.

Since the 2017 election attempts to pass a withdrawal deal to leave the EU have been destroyed in parliament every time it has been brought to the vote. Attempts to leave with or without any deal have been so comprehensively destroyed that the resignation of the Prime Minister has been forced before the end of a single term.

The latest minister to take up the role, Boris Johnson, has adamantly demanded that the country leave whether plans are in place or not. The newly minted Prime Minister and lead leave campaigner has demanded the country exit EU within months. The consensus of expert opinion is that the idea is a disastrous one which will cost vast amounts of money, supplies, and ultimately lives.

In such an environment, the role of opposition should be near trivial. Facts, experts, and reality sit like ammunition waiting to be deployed against the currently seated government. Yet somehow, the party seems as unable or unwilling to oppose or back anything at all. Opinion polling shows the party just a few points ahead of a crumbling Conservative government even in abject turmoil.

The situation of the Scottish Labour branch office is yet more dire still. The party appears to shows the same feckless attitude and failure as its bigger sibling with none of the responsibility to match.

The now 30-something voter has a difficult task on their hands should the imminently threatening snap-elections come to pass. For the fourth general election in a row, the Labour party have positioned themselves in a space that makes them very hard to support.

Without a concrete position on what to do with Brexit negotiations at this stage, or indeed in the future, it’s impossible to say whether or not a vote for the party is even the safest choice to take. Whether the party supports a continued Brexit withdrawal, additional vote, or alternate plan somehow still remains to be seen.

With phenomenal luck and no small amount of voter gratitude, smaller parties are starting to work together to give people a place to put their votes which don’t threaten livelihoods or the economy. These parties are even working with Labour, where possible, to propose and pass common-sense agreed-upon legislation.

It’s only regrettable then that the game is one rigged to keep the small parties out and the major players in power. This is particularly troublesome with the dwindling size of the labour party showing no sign of turning things around. First past the post is a game the house always wins, unfortunately the house isn’t where many feel good about placing their chips.