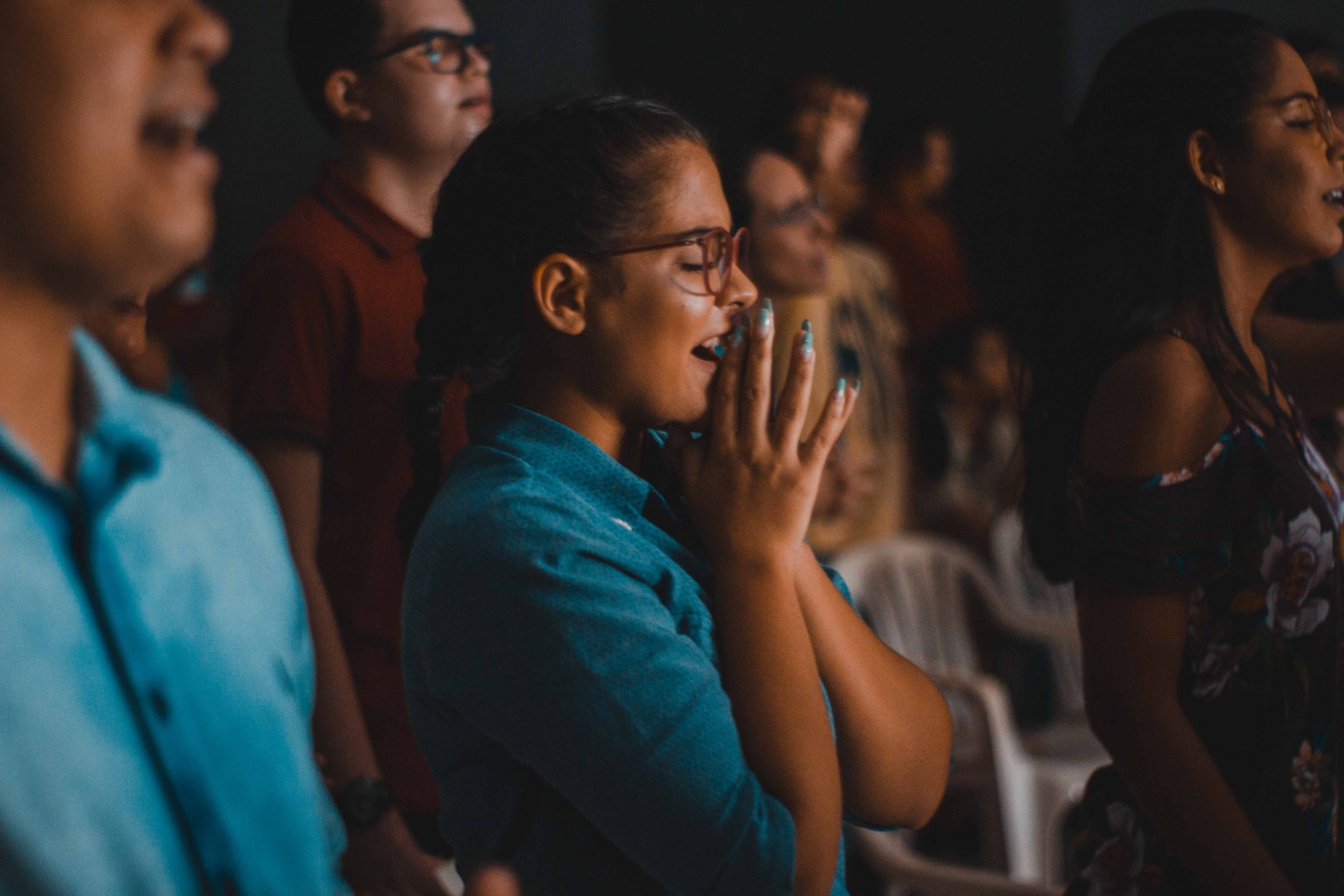 Cults are a fascinating bunch. On a personal level, it’s hard to imagine yourself drawn so hard to a set of rules, personality, or idea that it impacts almost every other aspect of your life. Over a hundred hours of Netflix alone are dedicated to worldwide cults and their consequences. Doomsday cults, those who believe in the imminent end of the world are an especially fascinating example.

A doomsday cult is one which focuses its mission and beliefs on the near imminent end of the world. A wide variety exist; from die-hard ‘preppers’ to extreme religious fanatics.

Claimed prophets and pastors who have predicted the end of times over centuries are abundant in cult communities. These fringe societies are often cited as outlandish examples and shown as exceptionally rare crazy extremes. Most of the documentary television shows on large and dangerous cults focuses on those in far corners of the world some two or three decades previous.

Reality, in this instance, is more bizarre than you might think. Doomsday cults and their members are spread throughout towns and cities up and down the country. You’ve almost certainly met one or more and never given it a second thought. Members are rarely crazy-eyed or fanatically preaching to everyone at the first sighting; they are typically pleasant ordinary people who happen to hold some extraordinary beliefs.

Defining what a cult is and what the term means in this instance creates an important distinction. Strictly speaking, most of the major religions, practised genuinely, stray well into cult territory. While valid and sometimes useful to use the literal cult definition to include these organisations, it’s not particularly interesting. It’s arguably more useful to give these organisations an oversized or long-standing exception from cult classification.

A cult, for practical purposes, requires a niche component which puts them outside of the major churches and temples. Before your organisation has reached critical mass; when its message is still extra strict, openly hateful, bizarre, and potentially dangerous, it is still in its most interesting and cultish phase.

There are certainly more than enough locally run cults and cult members belonging to niche organisations preaching the end of times to hold our interest for a good while yet.

What Is A Cult

Cult can, at times, be used as a derogatory term. It’s often a phrase used to discredit organisations, particularly those of a political or highly branded nature. The damaging branding and overuse of the term can render it practically useless. It’s important to define precisely what we mean by cult and why it’s useful when applied to any particular organisation.

Steven Hassan’s BITE model does an excellent job defining the cult by the recruitment and control behaviours they employ over their members. The acronym “BITE” stands for Behaviour, Information, Thought, and Emotional control. Each component of the model defines a way in which members are controlled and manipulated within the organisation.

While BITE is a great tool to define cult characteristics and behaviours; an inherent problem with examining an organisation from the outside is how much of the internal structure and control is hidden away. By the time you recognise many of the features of the cult, you may well already be a fully-fledged member.

Of all the harmful components within the BITE model, information control is perhaps the most damaging and the most critical. The defining feature of information control within a cult is to discredit and exclude external sources of information as invalid ‘propaganda’. A key feature in any given cult’s survival, it is an invaluable tool which excludes learning of the organisation through materials that are not its own.

Years of work and study have gone into the reasons why people are drawn and held within cults. Despite being seemingly free to pursue their own path and make their own choices, people often remain in openly harmful and intensely controlling groups. A great deal of the behaviour and cognitive control the group has goes into ensuring its own survival.

One of the first and most important steps a cult can take is to exclude external information. Members are expressly forbidden from reading critical information that has not been tailored to bias and control. Books, magazines, and media are forbidden and controlled in much the same way a weak dictatorship or regime such as North Korea controls access to information.

Unlike North Korea, organisations in western countries must control people who have free access to resources of their own. To do so they must rely on expressly forbidding materials. Many notable books and sources are often discounted as being written by the devil himself to frighten members away from their pages.

Many will be aware of at least the presence of the local church of Jehovah’s Witnesses. Some of their most extremist policies are well known, as is their aggressive recruitment strategies. Comparatively few know precisely what the organisation stands for or the practices which they believe.

The very core of the organisation centres around the belief that the end of the world is imminent and the majority of humanity will be killed as a result. The organisation prides itself on preparing for ‘end times’ which, in their own literature, is forever just around the corner.

Internal books, magazines, and pamphlets on the topic depict asteroids, volcanoes, earthquakes, and various natural disasters destroying human life and killing everyone who is not a signed-up member. Many of the organisation’s children’s books have the most colourful and graphic visualisations the group have to offer on end of the world destruction.

The core foundation of the otherwise mostly mundane Christian sect is wrapped up within its doomsday predictions. The founding priests, Charles Russell and Joseph Rutherford, lectured often on the upcoming end of times throughout their lives. The latter predicted a number of dates for the second coming and destruction of humanity to take place.

From the 1870s until 1918 the founders worked towards the end of times on four major occasions. When each date passed apocalypse free, a new date was chosen and set for the near future. This pattern continued throughout the life of both founding members.

Rutherford’s lectures on the imminent end of the world continued well into the 1930s. They later came to include further predictions and beliefs about ancient Egypt including pharaohs and prophets returning to life. These beliefs became official doctrine of the organisation until some time after Rutherford’s death in 1942.

While several apocalypse predictions came and went within the lifetime of members, the sect managed to maintain and build their follower base overall. Following Rutherford’s death, the organisation continued to grow, dropping only a select few of its outlandish predictions in later years.

By the 1960’s the leaders of the worldwide group, completely refreshed from its founding days, issued new predictions to its loyal followers. Calculating humanity to be 6000 years old, leaders were cautiously predicting the end of the world in the autumn of 1975. “Stay alive till 75” became an unofficial slogan inside the group.

Internal expectation and excitement grew as time pressed on and the date grew nearer and nearer. Some extremely dedicated followers uprooted their lives to meet the second coming. Many quit jobs, moved their family, and pledged every minute of their day to recruiting ‘unbelievers’ before the ultimate deadline.

When the entire year of 1975 passed by with comparatively trivial incident, many were shocked and distraught. Membership in the organisation began to fall away and continued to dip well into the 1980s. Predictions were revised again, first until the end of the 20th century and eventually to an upcoming undefined date.

The organisation of Jehovah’s Witnesses are remarkably non-shy about their beliefs and convictions. Their church halls often feature prominent signs outside their doors which announce their presence to the world. The front pages of their books and magazines even occasionally feature nuclear blasts, death, and destruction to sell their point of view with shock and awe.

Extremest views such as self-exclusion and refusing medical intervention on behalf of themselves or family members are just the natural extension of the extreme nature of the organisation’s doctrine.

To cult members, the belief in the imminent destruction of humanity is as accepted and mundane as the passing of the new year or the changing of seasons.

We often look far away or far back in time to marvel at the incredible and strange beliefs of various cults and figures. In reality, they are not as far away or held as long ago as we might think.

The extremist views held by members are often less noticed than the political, dietary, or sports preferences of others. Rarely do we pay attention to others around who happen to hold an up-to-date membership in the apocalyptic death cult down the street they asked us to join.