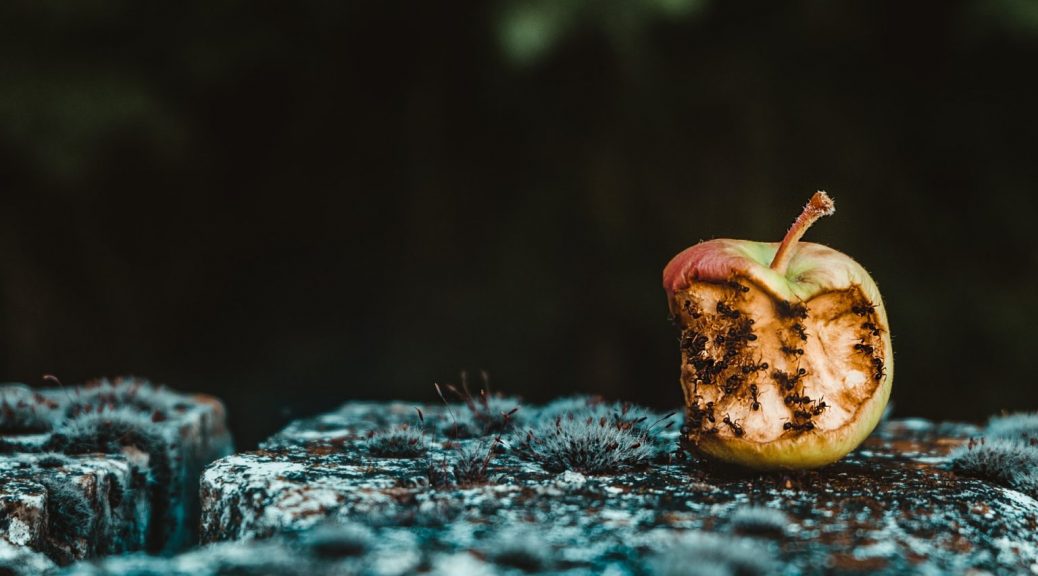 Perhaps someone at the BBC thought a mid-week feel-good story was just the ticket at a time of global misery. Perhaps they thought a rags to riches, pull yourself up by the bootstraps tale would be heart-warming motivation to get us through a bleak midwinter Wednesday in lockdown. How and why that story was spun, is perhaps more interesting than the tall tale itself.

The BBC front page led with the interesting story of Ben Gulliver this week. A 20-year-old ‘entrepreneur’, Ben started his business during a period of furlough at the beginning of 2020. The enterprising young business owner became an overnight success, buying and selling high-demand products during the crisis to earn a claimed £12,000 a day at its peak.

According to the article, Ben sold teeth cleaning products, gym equipment, DIY products, and coffee cups before selling the business to an American investor for an undisclosed 6-figure sum. Despite a comprehensive interview, detailed description of Ben’s success, and the impressive sums on display—there are some facts, figures, and basic due diligence somehow omitted from the BBC piece.

To start with, the entrepreneurial path described is so well-trodden it has a name—drop shipping. It’s far from new, unique, or free from controversy. In some hands, it could even be unethical.

In a nutshell: a drop shipping business runs an online storefront which acts as a very direct middleman between suppliers and customers. The company may never take possession of the product, while the supplier may never interact with the customer. If you’re expanding your business either by scale or product line and don’t wish to invest heavily in inventory, staff, or storage space then it’s an ideal match.

Customer orders are passed directly through the website to the supplier who ships the product directly out to the customer address. There’s nothing inherently scam-like about the practice. It’s a useful tool used routinely every day.

It is, however, a practice which comes with a certain degree of responsible ownership. Like any other, it’s open to some severe abuse.

Drop shipping firms have a legal duty to ensure their products are safe, of reasonable quality, and meet regulations in the country they’re sold in. As the company that sells the product to the consumer, it’s your responsibility to act as customer service, deal with refunds and support, and generally act as the public face for the products being sold.

Business owners who ship cheap products from China at ludicrous profit margins without as much as liability insurance or quality control, do so at their own peril.

A brief look online shows Ben’s lockdown company traded then as myluckyteeth ltd. Amongst the half-dozen or so products on their website, their flagship device appears to be the MyLuckyteeth(TM) Ultrasonic Tooth Cleaner 2.0 on sale for a “discounted” £34.95.

The product itself boasts 121 5-star reviews on their own website. The listing includes ‘as seen in’ Vogue, GQ, and Buzzfeed as its many merits. Encouraging users to get a ‘dentist approved smile’ beside some tobacco style before and after images, the cutting edge device—available in two colours—makes an ambitious sales pitch from the off.

It’s here, with the bare minimum of due diligence, the story switches gear from feel-good tale to some slightly queasy misgivings. A quick look at Trustpilot shows the big splash the company claims to be making in lockdown sales is—a little less than impressive.

Of it’s 4,000 claimed average monthly sales “Myluyckyteeth(TM)” (we’ve found no evidence of a registered trademark) the company has racked up a total of 22 reviews. Of these, 6 are extremely positive 5-star awards written by undisguised pseudonyms Ben and Tim Gulliver. The remaining 16, extremely negative 1 star reviews.

More than a handful of reviews use the word scam directly and without euphemism. Several mention a complete absence of customer service and being denied a refund despite the company proudly stated ’30 day money-back guarantee’ on the homepage. Almost all describe the product itself as cheap, awful, and ‘not as advertised.’

A quick look on Amazon shows the same and similar products being sold to consumers for £9-14. AliExpress has identical products at £4-£8 plus shipping. With such impressive profit margins, it’s a wonder the company haven’t invested more resource into their customer services. It may benefit the remaining ‘3,984’ they’re selling every month.

None of the facts about the company or the nature of the product are particularly surprising. Purchasing products from an unknown and untrusted website on the internet should come with a very strong ‘buyer beware’ warning at the start. Similar and related scams are quite literally a dime a dozen. A brief look through Trustpilot will turn up many similar examples of the breed. None of these, however, are being promoted on the front page of the BBC.

Yet, it’s far from the first time scam artists and con-men have exploited the corporations naive approach. This week’s example doesn’t even represent the first time in the past 12 months.

The BBC production department was forced to pull an episode of a BBC Three series ‘Young, Welsh, and pretty Minted’ in February last year. It transpired after airing that the young ‘investor’ featured on the show was little more than an aspiring con-man. Forced to pull the show from its online streaming service, it’s one more example of the corporation failing to do sufficient due diligence.

The career path these young ‘business minded’ folk are pursuing is genuinely as creative as the one the BBC does give them credit for. It’s just not precisely the one they think.

It’s safe to predict, in the next 2-3 months, the young entrepreneur behind myluckyteeth ltd will have a new range of products out. Instead of drop shipping ‘highly lucrative’ products, the new line will be a range of online courses and materials. The common theme between the two is that they too will be aimed at the naive and the gullible.

Only, these people will be less gullible than the first. These people will have impressive headlines such as ‘featured on the BBC!’, and ‘as seen on BBC news’ to pull them in and con them from their hard-earned cash.

You can hardly blame the news editors for looking for a good news story to fill their pages in such a torrid time. Perhaps it would have been more agreeable had they done the groundwork to go with it too. Perhaps, they might have looked as well at the stories that it was built on. The stories of dozens of people duped out of £30-£40 at a time when income is scarce and cash increasingly hard to come by.

While people might not be expected to know better, the BBC can and really, really should.

One thought on “As Seen on BBC News!”