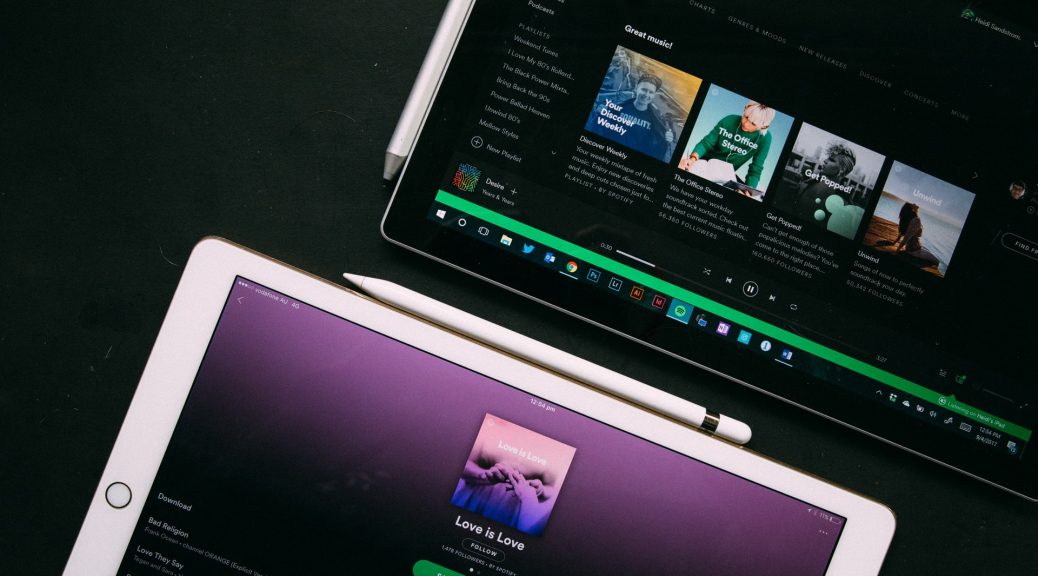 In the wake of high-profile departures and heated discussion, Spotify have now announced their plans to combat misinformation on their streaming platform. On Monday, the company announced the addition of advisory labels on programming that discusses topics of health, policy, and science with some controversial viewpoints.

Arriving late to the party—Spotify are far from the first platform to have to deal with the issue. Amongst the many problems of the pandemic, one of its more arguably positive benefits has been to bring online misinformation and disinformation campaigns into sharp focus.

Social media sites have seen a digital plague of junk and conspiracy theories thrive off the back of real-world events. As a phenomenon that generates clicks, views, and user engagement at low cost, it’s been a plague dealt with slowly, carefully, and with a light touch approach by tech giants.

A phenomenon largely ignored by Spotify until now, the streaming platforms attempt to finally address the issues is taking a similar ‘soft hands’ strategy. Yet, that they’ve been forced to act at all is interesting and noteworthy.

Whether or not it’s enough to merely warn users of the potential for misinformation and bunk science contained within remains to be seen.

Positioning the platform as a service provider rather than a publisher, the company have previously aimed to stay neutral in the serving of content that may well promote harm or injury. There are some mitigating factors that complicate that picture, however.

Spotify’s public image problem begins with the $100 million exclusive deal reached with the Joe Rogan Experience (JRE) podcast in mid-2020. The JRE podcast is well-known for hosting a wide variety of personalities that range from flat-earth proponents, anti-vaccine activists, to respected mainstream leaders and scientists.

The show is infamous for having far more than its fair share of fringe viewpoints and beliefs. Previously aired on an independent platform, Spotify’s nine-figure deal does a lot to blur the lines between publisher and service provider.

If nothing else, the promotion, marketing, and exclusivity of JRE content make it a lot less clear where the platform’s responsibility for poor information and bad science begins and ends.

The soft measures recently announced represent a great first step towards fixing a problem far wider than a single show or topic. But simple warning labels do little to address some of the more fundamental problems the platform, and the web, are facing today.

Major social networks have landed on solutions that range from similar warning labels to fact-checking services that present counter information in line with mainstream science.

For media streaming sites the problems of parsing audio and video scale dramatically in comparison to text-only pages. Yet, even if companies were able to employ an identical approach, it’s one that is still fraught with difficulty and leaving a huge amount still to be desired.

The first, most obvious, and the most glaring problem of fact-checking services is their lack of transparency. More than half of social media users report having seen misinformation interventions being used. Almost nobody can describe where the reported corrections are coming from or explain why they should be trusted more than the data behind them.

Major sites use anonymous notices without sources, references, or accountability to merely put a label on posts as incorrect, false, or misleading.

To add to this problem, the user response to existing interventions is as predictably divisive as the information being presented. In the United States, red/blue party lines have been shown to play the single biggest role in whether interventions give users reason to think or cause them to simply dig deeper into entrenched beliefs.

There’s little evidence to suggest the response throughout the UK is much different at all.

But there is good news too. Positive interventions provided to users, those with good information and sources, have been shown to develop support for the measures regardless of political affiliation or prior opinion. Good information builds trust and reputation. While entrenched views are a difficult obstacle to climb out of, there are clear paths towards critical thinking and success.

Campaigns to overcome disinformation and misinformation online today have an invaluable role to play. Though limited in scope and effect, they can be an ideal first step towards popping a bubble that has life-changing and potentially devastating effects.

Misinformation isn’t a trivial or academic concern. HydroxychloroQuine, bleach, and anti-vax proponents have been responsible for taking an uncountable number of lives in the last two years alone.

The only way to counter bunk information and junk science is investment in programming that includes good information, well-sourced science and well-understood data. If any of the social media giants, streaming companies, or any other firm profiting through misinformation truly want to make an impact against its negative effects—creating better, reliable, and greater amounts of information is the only way to do so.

The level of investment required is far, far below the amount spent on exclusive rights to Rogan’s $100 million podcast. In reality, it would be a good start just to see similar levels of promotion and advertisement given to informative shows.

There’s no shortage of them out there.

BBC More or Less: Behind the Stats

The Curious Case of Rutherford & Fry

In truth, the amount of misinformation produced online is already heavily outweighed by the creation of good content. A recent study showed the vast majority of Facebook’s conspiracy theories and bunk comes from just 12 content creators, for example.

The world needs fringe creators and counter viewpoints just as much as it needs good science and educated information published out there. Watergate, Iraq’s WMDs, and torture programs have all been fringe viewpoints backed by good evidence at one point in time.

How these viewpoints are published, distributed, and advertised is a far bigger issue. Despite resulting in a share price boost and all-round good press—Spotify can do far far better than its recent minor and reactionary change.