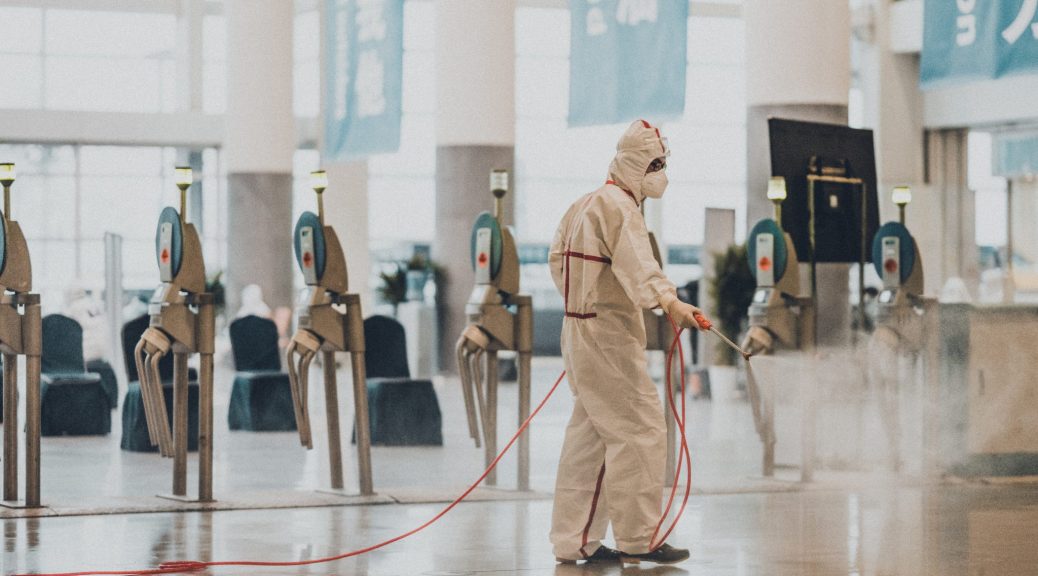 The way we respond to crises and adverse events is perhaps the most telling and the most interesting into our own behaviour we have. It’s certainly a lot more revealing than a social media photograph of our own meal or a selfie taken in a queue. It’s the way we do act weighed against the way we wish we, and others around us, acted instead.

It’s tempting to imagine we’re highly adaptable creatures who can weather most storms—even pull through with a degree of added wisdom and learned experience. We think the same about distant events already past too. Almost as soon as the events themselves passed into distant memory ‘the spirit of the Blitz’ became a cliche catchphrase which invoked some kind of imagined noble gallantry where everyone pulled together in the face of adversity and disaster.

In truth, The Blitz itself, the darkest days of World War II, was open season on burglary and petty crime. Thieves and criminals never had life quite so good. Shitty behaviour was at an all-time high rather than absent during that supposedly golden era of cooperation and community spirit.

Not much has changed in the years since, though there are some extremely positive notes to be found amongst the bleak tone. Essential oils, homoeopathic cures, and the vast majority of pseudoscientific garbage is largely being left on the shelves. During an era where a healthy immune system and preventative care is at a premium, the snake oil cures which promote exactly those benefits are being forgotten in favour of legitimate treatments, medicine, and good sense.

Even most die-hard believers in new-age or ‘alternative’ treatments appear to regard them as fair-weather cures. The events of 2020 so far, however, have given energy and purpose to some other voices too.

Social media crowds who started the year intent on busting the great vaccine conspiracy wide-open haven’t drifted quietly into the background since. If anything, the conspiracy crowd is louder, more active, and more destructive than they’ve been in a long time. That the message is even more nonsensical than usual is an unfortunate aside and largely irrelevant to the hobby.

Like most world events, a pandemic rarely does anything other than confirm previously held beliefs and ideas. Those who were looking for escalating authoritarian control and globalist plots before 2020 have found them ready-made and self-evident in the response to COVID-19.

Similarly, those seeking out religious persecution, government intrusion into their private lives, or a deep state conspiracy have found each just as readily too. Xenophobes and racists have found themselves empowered by the impact of a global virus instead of being embarrassed to decry the healthcare providers and essential workers currently providing for the entire working economy.

Whether the cause is individuals being overstressed to the point of complete stupidity, or that the extra time and lack of outlets are affording a creativity and practice which would have otherwise been wasted is a debatable point. In the same way old hobbies are being dusted off from the back of the cupboard, old conspiracy theories are seeing the light of day in a new way too.

The most popular conspiracy to circulate during lockdown has been around ‘new’ 5G technology. Activists and the gullible have linked the mobile communications tech to everything from COVID symptoms to acute radiation sickness, the kind you get from staring into the bowels of a working nuclear reactor.

The conspiracy which surrounds the technology is one that is as old as brick-style car phones and ironically labelled ‘mobile’ devices of decades gone by.

Way back, in the early 2000s, when Yahoo was an internet giant and mobile devices were SMS machines with calling capabilities and little else, fear-mongering about the increasingly popular devices was a profitable business. Tabloid papers, which still had a respectable audience for the time, regularly printed the words cancer, tumour, or deadly in block caps next to a giant, sinister-looking Nokia and goofy-looking radiation cartoon.

It’s a strategy which must have done great business in selling papers and airtime because it became the go-to trope to boost sales and scare pensioners for the next decade or so. Despite a complete lack of evidence or even a scientifically legitimate reason to make the claim, mobile phone scare stories became a regular staple of the tabloid press and daytime TV.

The strategy appeared to fuel, or at least popularise, a great many related epidemics too. Column space and airtime was quickly filled with people suffering from conditions such as electromagnetic hypersensitivity (EHS), a condition in which sufferers claim a range of varied and diverse health effects from close proximity to electronic devices and radio waves.

Protests against the construction of new phone masts grew into a regular feature of the decade. The terminally dim were more than convinced by colourful graphics and scary-sounding headlines. Reports of adverse health effects for residents close to masts still being constructed grew at a comparable rate, but opposition to the devices themselves notably didn’t.

The science on the topic was conclusive long before the debate was over. Double-blind studies have never been able to show that people have the ability to detect, let alone suffer from EMF radiation they are unaware of. Similarly, our largest nearby emitter of EMF radiation, the sun, has very rarely been implicated in aggravating the condition.

Despite their reported effects, the popularity of mobile phones continued to accelerate at a level that even the home PC could have scarcely dreamed of. As devices climbed from one per home to one per person or more, the plausibility of each of the outlandish claims diminished into nought.

Even without understanding the science, or knowing about the existence of radio waves at all, the sheer scale of ownership showed that the reported effects were far too rare and too ill-defined to be the result of something almost every person caries daily.

The latest release of 5G was no different. The same old protests and tropes were heard in the lead up to its launch and release at the start of 2019. Before, during, and after its release, the regular amount of social media posts and tabloid-lite website were published about its imagined effect on the human body.

As normal, the cycle continued. The regular crackpots continued to denounce the abundant though ill-defined health concerns of 5G phone masts with enough noise and fuss to generate clickbait and little else.

It was during the third or fourth week of COVID-19 rising to crisis point that a bridge was built between the two. The effects of 5G ‘poisoning’ merged to meet the precise and exact list of symptoms which came with coronavirus too. No longer ill-defined general malaise, 5G now explicitly caused coughing, difficulty breathing, and in 1-3% of the population—death.

If contact tracing in an era post-lockdown is to truly work, it would be comforting to see it tested on our social media first. Iy would be fascinating to find out how many people are required to spread a poorly thought out and half-defined conspiracy theory for it to take on a life of its own. It may be as little as one person with one computer and a hyperactive share reflex.

Current reports suggest that patient 0 of COVID-5G originated in Belgium, infecting first the Netherlands and Europe before spreading to the world in a just matter of hours. If the legitimate virus is considered highly contagious for taking mere weeks, the social media counterpart has capabilities that will need us to define entirely new terms.

As with most fringe conspiracy theories, 5G received celebrity endorsement and thus widespread notoriety in an instant. While Nine-hundred and ninety-nine people out of every thousand are capable of dismissing delusional nonsense, the problem arises in social media’s capability to reach millions.

The one person in every thousand, two-thousand, or ten-thousand that take these moronic ideas and run with them are capable of more damage than the rest can prevent combined.

As with the virus itself, events escalated in predictable fashion. Morons concluded that the next logical step was the destruction of the towers that were seemingly fuelling a global pandemic. In the UK alone, attacks to phone towers have been reported in Belfast, Liverpool, and Birmingham just to start.

Each city has reported network outages as a result of attacks. Misinformation and mistruths, whether deliberately started or the result of gross stupidity, has led to a place where the very people fighting for life and normality are having the infrastructure which supports them attacked and removed.

Life-saving calls for assistance are just as affected as communication with isolated family members and those already in hospital as a result of the virus. The people being genuinely affected by network attacks and defacement are those who can afford it least.

Like the technology itself, the practice is anything but a new one. There has been crackpots and Luddites as long as there has been technology and progress to fight. There have been activists against radio waves and mobile communications as long as either technology has existed. This year marks the first time they have been weaponised at scale.

In addition to being deadly in its own right, the virus may be one of the most effective catalysts we’ve seen to motivate the illiterate and gullible into destructive action.

The ideas surrounding how we wished we behaved in a crisis have now been long obliterated, replaced instead with how we’ve so far responded in these first months of the year. At least, on the bright side, the real-life Photo by Anastasia Dulgier on Unsplashversion of the blitz spirit is alive and well in our online communities today.